When I travel I always endeavor to find something interesting to do other than the usual tourist attraction. This is especially true in places I’ve visited before.

Sometimes this involves music, like the time I happened upon a Billy Joe Shaver concert at an art opening in Houston. It was such a small event we were able to have a good long visit with Billy Joe (a national treasure). Other times it’s a museum exhibit. That is how I got to see the history of dresses (or something like that) at the Fashion Institute of Technology in New York.

This week I was reminded of one of these experiences I had in Durham, North Carolina.

I was in Chapel Hill to see a friend and in a Google search prior to the trip I found an exhibit at a letterpress, graphic design, and print shop called Horse & Buggy Press. I had never heard of Horse & Buggy, and had no reason to, but was immediately drawn in by the name of the exhibit. It was called Testify: A Visual Love Letter to Appalachia by Roger May.

My childhood friend and I arrived at the print shop thinking this was as much an art gallery as a print shop. Not so much, but what we found was beautiful. While the majority of the first floor was a print shop there was a small lobby near the door that served as the gallery. Horse & Buggy printed Mr. May’s Testify, a limited edition, two-volume set of books featuring 50 photographs of Southern West Virginia and Eastern Kentucky. Some of the photographs from the books were displayed in frames on the shop’s walls near the front entrance. 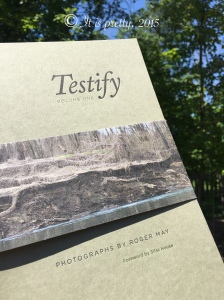 Mr. May’s photographs were stunning and moving. Many of his photographs in Testify were taken less than an hour away from my childhood home. He captured with great care scenes from Central Appalachia as it is and has been for most of my life. I immediately bought the books and currently display them on my living room coffee table. I see them every day.

I recently showed the books to my father, a life-long resident of Central Appalachia, who was a bit flippant about looking at them. I imagine he was thinking that I was forcing him to appreciate some silly art or weird music (he knows his child). That changed when he realized what he was looking at and then he slowed down, his face softened and he looked with interest and more care. He saw something he knew. He said “I drove by this last month.” It is an amazing thing to see the things and places that you love captured in beautiful and respectful ways. That is what Mr. May did in Testify and does in his work. He displays the truth and beauty of Central Appalachia, including its idiosyncrasies and flaws, in a caring and respectful way. 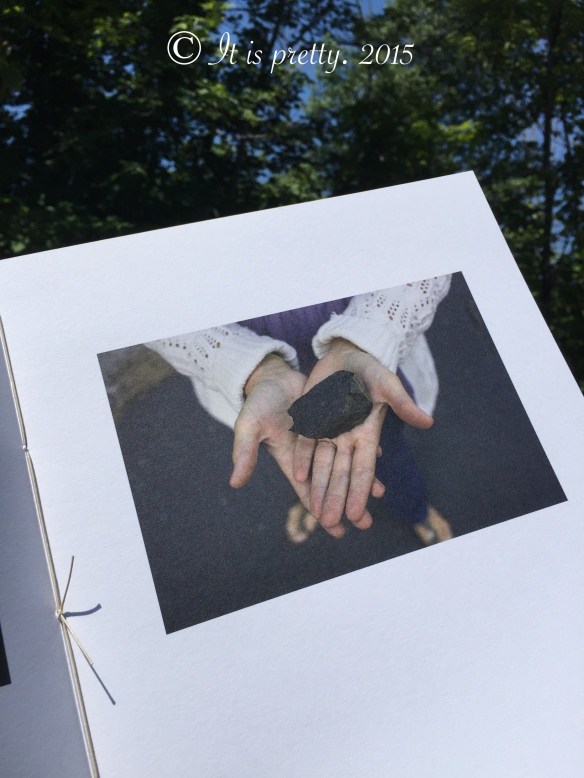 Mr. May’s description of Testify and its meaning is as lovely as the photographs –

This is my testimony of how I came to see the importance of home and my connection to place. After moving away as a teenager, I’ve struggled to return, to latch on to something from my memory. These images are a vignette into my working through the problem of the construction of memory versus reality. My work embraces the raw beauty of the mountains while keeping at arms length the stereotypical images that have tried to define Appalachia for decades.

Mr. May’s first run of Testify went on to sell out. Currently, there are not plans for a second edition (although I bet if Horse & Buggy gets enough requests they might just do one).

I had never heard of Mr. May until I stumbled upon Horse & Buggy. He describes himself as an Appalachian American photographer and is most recently well-known for his work on the Looking at Appalachia project. You can read about it in National Geographic and the New York Times blog. He has a fun Instagram feed (@walkyourcamera) and a giant tattoo on his chest that reads Montani Semper Liberi – Mountaineers are always free, the West Virginia state motto. He is serious about Appalachian and I love that.

This week on Instagram Mr. May announced that he is selling his personal copies of Testify on a first come first serve basis. That post reminded me of what a treasure I found in an unlikely place on a random afternoon in Durham.

I am grateful for Mr. May and his work and love for Appalachia. I am also grateful for adventures that lead me to wonderful new people and things.

This week I met a woman who seemed surprised that I still have an accent after living in Northeast Indiana for nearly five years.

Her surprise made me think about the regular conversations I have about my accent and dialect. The following is an example of a typical exchange that occurs multiple times a week, still, with new colleagues, business people, clerks, tellers, and others I talk to as I go about my life (I talk a lot).

Midwesterner: Fine. You aren’t from here are you? You sound Southern. (It really comes this quickly.)

Midwesterner: Where are you from? (Sometimes they guess and when they do it is most often Texas, Georgia, Tennessee, or Kentucky in that order. The people who guess the last two know accents. The first two are way off).

Me: I am from Virginia.

Midwesterner: Really? What part? (As it turns out, many people do not consider Virginia Southern or Appalachian and are shocked that my accent could come from Virginia.)

Me: Southwestern Virginia in the mountains near Kentucky.

Me: No, but West Virginia is only about 15 minutes from my Mommy’s house.

Midwesterner (usually looking confused): When did you move?

Me: Four and a half years ago.

Midwesterner: Oh. Really? You’ve been here a while. (Looking shocked).

People assume that after five years I would talk differently, less like me and more like them. Sometimes they say it directly and others just offer a surprised “oh.”

This is the problem when you have a pronounced accent and dialect and you don’t do a lot of code switching. Code switching is defined by dictionary.com as the alternate use of two or more languages or varieties of language, especially within the same discourse. Code switching as it relates to Appalachian dialects and accents is discussed in a delightful post on The Revivalist.

My accent and dialect are pretty standard Central Appalachian. I do not have the thickest accent compared some other people from the mountains of Southwest Virginia, Southern West Virginia, Eastern Kentucky, East Tennessee, and Western North Carolina. My accent and dialect have not changed much since leaving home in 1997. Although I have noticed that occasionally instead of saying r-eye-ght I will say right in a more neutral accent and ain’t slips out far less than it used to. My brother-in-law recently called me out for saying “soda” instead of “coke” or “pop.” Otherwise, my accent is pretty static.

When I moved to the Midwest I assumed that people would take note of my accent as it happens quite often in other places, even in some parts of Central and Northern Virginia. I dealt with this in college at the University of Virginia, as I have traveled through the United States and the world, and most recently and intensely in my time in the Midwest.

Most people are nice about it, even though they sometimes point out my accent as though they are pointing out a pimple or a gray hair. They say that they think it is cute or charming. Sometimes this goes too far when I am asked to “talk some more” as though I am a performer. While others, not realizing how personally I take the way I talk, might crack a joke about my family tree or being a hillbilly or redneck, but they are not the worst. There is a small group that I encounter from time to time who judge me immediately as ignorant, racist, or wrong.

My accent immediately gives people information about me and it is always filtered through the listener’s opinions of Southerners, and more specifically Appalachians. Recently, I’ve heard “maybe if you stay here long enough you’ll learn how to talk.” This Midwesterner was teasing when she said it, but I believe, as it has often been said, that there is an ounce of truth in all teasing. Then there was “it’s because you sound so different,” offered as a reason for the people not being welcoming. Right or wrong, it is clear that people have a hard time ignoring or accepting a different accent without question or comment.

When I moved to the Midwest I realized that I could hear my own accent. Everyone else sounds different and it makes my accent audible to me, which was a first. At home I don’t notice, because everyone sounds similar. So, I know what my accent sounds like and I am okay with it. In fact, I love it. I love it because I hear the mountains in my voice. I hear words and sayings that my parents use and things my grandmother said. There is history, heritage, and culture in my accent and dialect. I think it is interesting and special. As the writer in The Revivalist post noted “Appalachian accents are like no other.”

But I have noticed that I am a bit weary of explaining the way I talk. There is a kind of lonely in living in a place where no one talks the way I do. It certainly draws people in and creates conversation, but not always in a comfortable way. And there is a fear that those that ask about it and some who don’t are assuming the worst about me.

Over the years I have heard friends from home say that they hate our accent. Many of those friends moved away and made a conscious effort to change the way they talk. While I will never consciously change my accent or dialect, I understand better now why others do. I will work hard to keep my accent, but my experience in the last five years makes me empathetic for my Appalachian friends and family who made those changes. I get why they did it.

It can be tough living in a place where no one sounds like you. 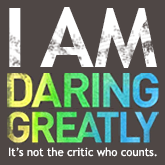 It is pretty here in Northeast Indiana.